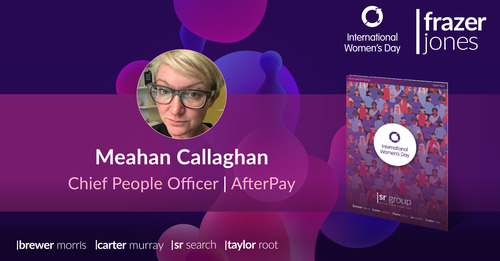 Disclaimer: Please note that all commentary and opinions provided in this interview are those of the individual and not the organisation/company they are employed by.

What skills and attributes do female leaders bring to create diverse leadership at management level?
Firstly, I feel I have to do the broad caveat that there is nothing specifically female or specifically male, as I’ve met some extremely aggressive females and extremely emotionally intelligent males, and I think that the difference has definitely started to become less.

I think that the attributes female leaders bring to create diverse leadership at the management level is based on perspective and experience.

Women bring different attributes to the table because they are generally coming from a different place. What I mean by this is, potentially they are coming from a place where they have had children and have had to be the mother of the house, or you have worked in an all-male environment. Women who have been in these situations have a different point of reference. So, within a leadership or management team situation when some-one says, “We need to be really aggressive about that...”, some women might have a different reaction to those words than others in the room and potentially the other males in the room. Another way to look at this and explain this point of reference is when the guys walk in on a Monday morning and say can you believe the football on the weekend, they are meaning the AFL, but these days we are meaning the AFLW, when we talk about the football. These are just really different conversations, a different perspective.

I believe that women bring a more directness to the way we speak. Women are less worried about offending a room, because women have normally done a little more of an assessment of the room before letting the words roll out of their mouth. For me I think “I am going to say this, because I know it will be alright, but sometimes I could see a male say something and I think… whilst you are right, you have just picked the wrong moment, why now”. I think males still worry way too much about what females think in a room. I also think female leaders are seen as more direct and more upfront because women leaders in general won’t be seen to offend people as much.

I do not think the answer is as simple as females can handle multitasking and men can’t, but women are more trained to think of different things from all the different angles quicker than men, and whilst men may still eventually get to the same conclusion it may take longer than their female colleague.

What does “choose to challenge” mean to you?
I think that the theme is really cool, because it makes you think about what to choose. For me it means choosing which things I will challenge and choosing which things I won't challenge. As opposed to the stance of... for a female it is so hard to get a seat at the table, so I will challenge everything… which quite frankly is a poor position to take, not only for you but for all those around you.

I also believe that it is not important to add into every conversation… I remember at school, being told that if you were quiet it showed that you were unable to answer the question. Now I think the opposite. I like the idea of sitting at the table and going - that is the topic I’m challenging and I’m jumping in on this one. I’m informed and knowledgeable and I am going to do this really well. That is what Choose to Challenge means to me.

What impact could Kamala Harris’s appointment to vice president have on the next generation of female leaders?
I think it’s important because it keeps the debate going. The female debate won’t stop, which is a good thing. When you think about the situation that is going on with the women in Australian federal politics right now, there is so much debate going on, which is important because it is educating more people and awareness is continually increasing.

I must say that the saddest moment of Kamala Harris’s appointment was the media focus on her stepdaughter’s fashion. The focus was completely irrelevant for the context of the moment. I think though that it is good that bad things like this happen, as it makes you realise that whilst her appointment is progression for female leaders, that a single moment can once again highlight that we are not as progressive as we think. Two steps forward and ten steps back.

What is one thing women don’t talk about enough?
Vulnerability. To not be ok. To have a project that is failing or a work-relationship that is not working. There is still this facade of its fine, I’ll be ok, don’t tell me I’m not fine etc. I don’t think it means crying, it means saying something, opening up and talking about it.

So how do we change it? We need more women in senior roles. And more women, and men encouraging it. I think it is role modelling. Having senior women leaders saying things like I didn’t get that part right, I got that bit wrong, or I could have done that better. People, both men and, especially women, at the senior level need to be seen as vulnerable.

Click here to read the full edition of IWD2021 #ChooseToChallenge: Female Leaders Across The Globe.